More releases added daily – feel free to submit your book by adding a comment below and providing the link to your book, (books are listed randomly). 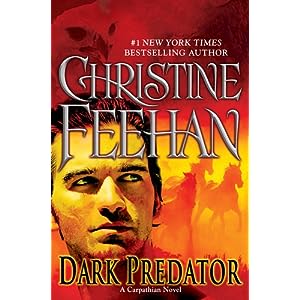 As brutal as the undead he hunted, Zacarias De La Cruz was a master executioner. Now his stark and savage journey has ended. For his brothers, Zacarias had walked to the edge of madness, but with centuries as a killing machine now left to the past and without a hunt to define him, Zacarias wonders, for the first time in his life, who he really is. The answer awaits him back home, in Peru, in the betrayal of a woman who is readying her trap, in the vengeance of an old enemy, in the inevitable consequences of a bloody family legacy-and in the deliverance of a lifemate he never could have imagined…

Trying to discover the identity of a murder victim brings together the vampire Dmitri and a hunter for the Guild, Honor. And as the gruesome murders continue, a lethal sensuality explodes between them.

Lone wolf Shaun Stevens’s automatic response to the words “happily ever after”? Kill me now. Yet with all his friends settling down he’s begun to think there may actually be something to this love-and-roses crap. One thing’s for sure: his dream mate will have to out-cuss, out-spit and out-hike him. So he never expected the one to push his forever button would be a blue-blooded Southern debutante with a voice as dark and velvety as her skin. Buy here

Hector Dean is shaved, tattooed, and totally ripped—and he has a deadly secret. He is a walking weapon, capable of killing with a single brush of his fingertips. Little wonder he’s determined to remain on his own. But Noelle Tremain is a temptation like no other. She is beautiful and rich, with a party girl smile that hides a shocking vulnerability, and from the beginning his sizzling attraction to her is undeniable. For the first time, his stone-cold resistance is tested. But to be with her, he risks destroying her. Buy here

Byron Caige has been a prisoner for the last fifty years of his supernaturally long life. Just when he gives up hope of ever knowing the taste of freedom again, he is unwittingly rescued by the very same woman who only wants to see him dead. Katherine Dare – Kat – is smart, fast, strong and beautiful – but unfortunately she’s a Hunter, and she’s convinced that Byron murdered her father twenty years ago. Buy here

Isabella Spaga is about to reluctantly walk down the aisle with Mr. Dangerously Wrong…but not if dashing vampire Chance has anything to say about it. As a favor to Bones, Chance has come to derail this wedding of beauty to the beast. Now if only he can keep his hands off the bride. Buy here

Corinne Bishop was a beautiful, spirited young woman living a life of privilege as the adopted daughter of a wealthy family. Her world changed in an instant when she was stolen away and held prisoner by the malevolent vampire Dragos. After many years of captivity and torment, Corinne is rescued by the Order, a cadre of vampire warriors embroiled in a war against Dragos and his followers. Buy here

Laura Cubus was perfectly content with her life. A junior in high school, she felt perfectly normal. She had good friends, a great family, and did well in school. Nothing particularly exciting ever happened where she lived, and everything was stable.Laura is exposed to a completely unfamiliar world. She is swept away on an exhilarating journey that takes to a place where great destiny may yet await… and where supernatural powers run rampant. Buy here

Baron Edward Christie prided himself on his reputation for even temperament and reserve. That was before he met Caroline Parker. Wedding a scandalous beauty by special license days after they met did not inspire respect for his sangfroid. Moving her to a notorious lovebirds’ nest as punishment for her flighty nature was perhaps also a blow. And of course talk has gotten out of his irresistible clandestine visits. Christie must put his wife aside—if only he can get her out of his blood first. Buy here

Take a step into this world of Angels, Demons and a little something in between. A touch of faith and trust. And a woman finding her true strengths and doing anything she can to protect those around her. Ultimately finding out more about herself and her soul mate than she could have ever imagined.
Buy here

Brooding and sexy Rafe Di Luca has returned to his family’s luxurious vineyard resort for one reason: to find out who attacked his beloved grandmother. His homecoming stirs up a decades-old feud, forcing him to work with Brooke Petersson, the woman he once seduced and betrayed…but never forgot.
Buy here